Is Swachh Bharat Still a Success?

Is Swachh Bharat Still a Success?

India is celebrating its 70th Independence Day On August 15th 2016 and it has been a remarkable journey throughout these years. We have manufactured a car of the lowest cost possible, successfully launched 20 satellites in a single flight, own the third largest Army in the world and have become the power hub of IT industry. With all these developments, another achievement was added to the hat when our current Prime minister Mr.Narendra Modi, started one of the greatest initiative for the development of our country “Swachh Bharat Abhiyan”, a mission to clean India’s cities and villages. Many activities were undertaken under the Clean India movement.

This challenge was undertaken in the year 2014 and although glimpses of progress are visible, it is still believed that the pace has slowed down.

31.83 lakh toilets have been built till now under this campaign, which is 25.4% of the target. Over the next years, the government plans to invest nearly Rs 2 lakh crore to construct 12 crore toilets. There are talks of ministers sitting down with the Gram panchayats of villages located along the Ganga and make them understand the importance of a Clean and Green India. Moreover, the Center government has offered to pay 12,000 rupees to every individual who is willing to build a toilet in their household.

Like every coin has two sides, negative consequences have surfaced out too for the Clean India campaign. Open defecation has been strongly discouraged in every part of the country and toilets have been installed but without the option of a sewage system. Women are often made to clean these toilets or have to find places which are far away from home and in risky parts of the area with less population. Scholars and experts have suggested a different approach on spreading awareness of why toilets are important. They have recommended to begin with a campaign that educates people on how toilets could save children and their nutrition value which would serve as a great way of promoting toilets in rural India.

The Klean Homz community has been a great supporter of the Clean India movement from the very beginning. We truly believe that this campaign alone can make our country outshine among tourists to become one of the world’s best tourist destination. If all of us as active citizens take the initiative and work energetically to make a Green and Clean India then our PM’s dream of achieving his target goals by 2019 can be achieved successfully. Let’s pledge to make our Homes and community clean on this Independence Day! 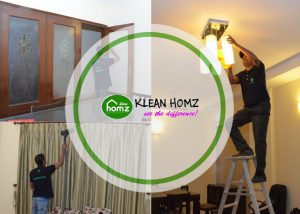